The Story of the Lachlan

Lifeblood of the Lachlan

The Lachlan River has a long history as the lifeblood of the Wiradjuri people and as the droving path for early settlers.
As part of celebrating our heritage, we retrace their steps to discover the story of The Lachlan.

The first part of the Lachlan story takes us up to the 1920’s covering the indigenous beginning and the early settlement of the Europeans. The story continues here with a history about the development of the Lachlan from 1928 to the present day. It has progressed from a region that could not reliably support river towns, farms or decentralisation, thereby creating a barrier to progress in this western area. It is now a vibrant, productive and diverse valley reliably supporting towns, agriculture and industry.

- Secure water supplies from the Lachlan were essential for the region to grow and sustain towns, farms and their livestock

The Lachlan River rises near Yass and flows over 600km and terminates at the Great Cumbung Swamp with an average annual flow of 1,160,000 megalitres (ml) and annual flows from 520% to 4% of the average (Sydney Harbour holds 500,000ml) 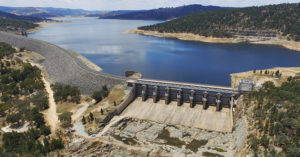 WYANGALA DAM
Image Courtesy of of the WATER NSW

Who gets the water

High Security(HS)water is 97% reliable in the following categories: 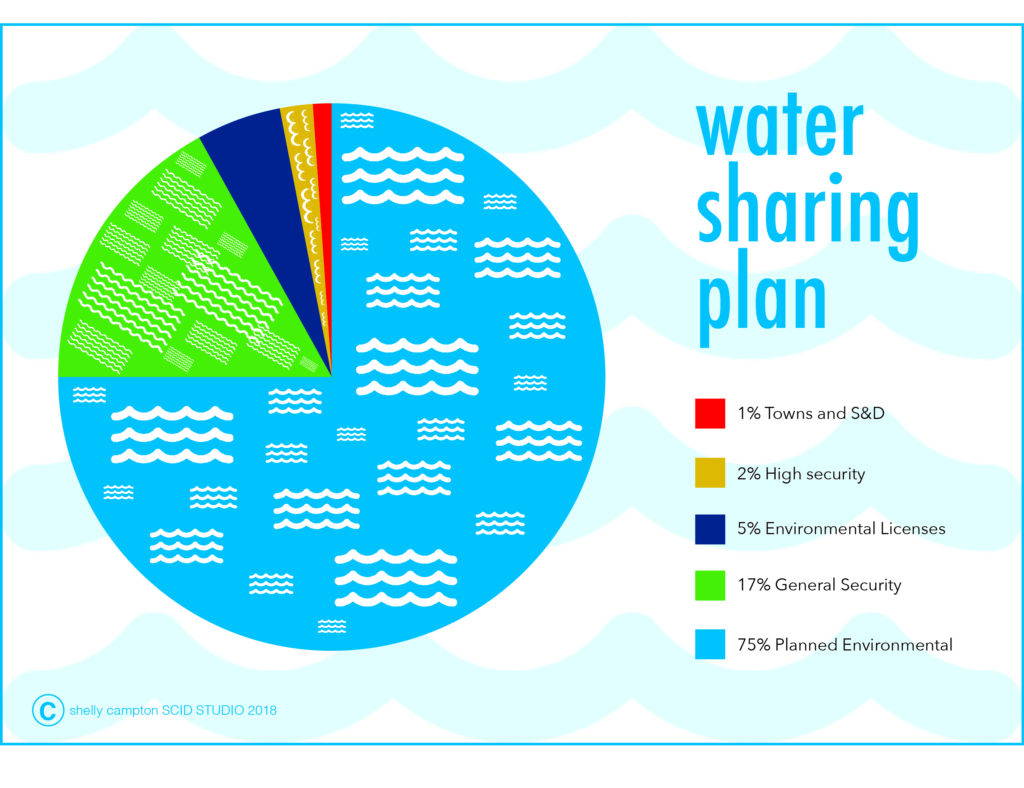 Vegetables, cotton and fruit are the 3 top earners every year

Jemalong and Wyldes Plains Irrigation District (JWPID)established by the NSW Government in 1941. Jemalong Weir construction commenced in 1936. Purpose is to divert water by gravity fed irrigation for stock production and domestic use.

In 1941 the channel system connected 81 farms and in 1951 further subdivisions were created via the Soldier Settlement Scheme. Additional financial assistance was given for fencing, land clearing, erection of buildings and items necessary for the occupation and development of the land. (Source: Wikipedia Soldier Settlement Australia) 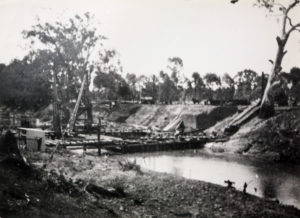 JIL is the largest single water entity on the Lachlan: 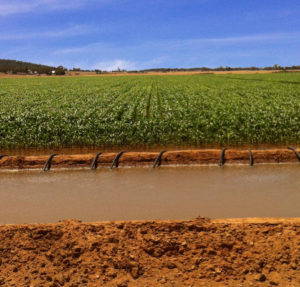 Sign up to discover all about Grazing Down the Lachlan

Lifeblood of the Lachlan

Sculpture Down the Lachlan